Happy New Year Lucites! (Hey, what’s the over/under bet on how late is too late in the year to say Happy New Year? I think I just won the over!) Here’s hoping 2020 sees much success for you, in particular with regard to your Lucee endeavors.

Regarding that last bit, today we’re announcing a final release of Lucee 5.3.4 (5.3.4.77). As I explained in December, we decided to extend this version to a second release candidate phase. And, while there were no regressions in 5.3.4.73 per se, we did struggle, during the combined RC2 and January-December sprint, with a collection of challenging bugs related to low-level problems like classloading. Thus, in order to make 5.3.4 as helpful to as large a user base as possible, we made the decision to include a patch in 5.3.4.77 that eliminates those problems for nearly everyone. This is, of course, in addition to the large batch of tickets addressed in 5.3.4 overall.

Ticket 2677 summarizes the classloading/re-loading problem I mentioned, so if you were affected by that, you can review the comments in that ticket regarding the collection of interrelated tickets/problems that are involved.

Next up for the dev team is to close the December-January sprint, which will produce 5.3.5-RC. We’re aiming to do that later this week. Then, we’ll be posting again later in February about the 2020 development schedule, which, as I’ve hinted at in the past, will entail shorter, more targeted sprints, that will allow us to iterate over releases more quickly, and with fewer problems. More on that soon, and thanks as always for listening!

We can start looking at moving off older releases now !

The new release has been added to ForgeBox for CommandBox servers to use.

Thanks a lot for all the hard work! Looking forward to doing the upgrade

Any date for the (windows) installer?

Hi @janderegg. They’re being built right now, so they should be up later today, or possibly by tomorrow. Stay tuned.

great, it’s there - thanks!

Basically, I’d be avoiding using that java version unless you want to waste time battling bugs and strange problems with Lucee, H/T @bdw429s

Hey @Zackster. Yes, this was discussed in our weekly standup yesterday. I think it’s actually fixed in the .80 hotfix release (more on that here in the forum in a bit). Pothys has it marked as tested and awaiting approval, so keep an eye on the ticket.

Re: LDEV-2304, the new key case behavior does not match ACF. I had to revert back to 5.3.3.67 because a bunch of my applications broke with .77. The “Key case” option under Settings - Language/Compiler doesn’t appear to enforce upper case key names when using serializeJSON on results of an SQL query. This is important for consuming the JSON using case-sensitive Javascript.

the new key case behavior does not match ACF

according to https://helpx.adobe.com/coldfusion/cfml-reference/coldfusion-functions/functions-s/serializejson.html this default behaviour has changed since CF11. Did you try setting enabling case preservation of struct keys at the application level? To do it modify the application.cfc file by setting:

UPDATE:
Yeah… seems to be a bug, at least there is a strange behaviour when setting the following values:

if settings in server-admin/web-admin are:
Key case: Convert to upper case (CFML Default)

and there are no settings at application level (application.cfc), query result structs are lower case, other structs are upper case.

But if application.cfc has the setting:
this.serialization.preservecaseforstructkey = false
query structs and structs are all set as upper case.

however… setting application.cfc:
this.serialization.preservecaseforstructkey = true
has the same behaviour: all structs in upper case

Hi andreas, yeah, I noticed later the this.serialization.preserveCaseForQueryColumn = false; in the comments on LDEV-2304 and added that to my application.cfc and that took care of the issue. I understand now that Lucee’s implementation of Key Case admin setting only specifically converts user-defined structs but doesn’t affect structs created from query results. This conflicts with how ACF handles it: https://trycf.com/gist/8b246cb3e22dfe880c21a3cc6bec4695/lucee5?theme=monokai
illustrates how the behavior with Lucee .77 isn’t consistent.

Anyone having troubles with this release, please try the 5.3.4.85-SNAPSHOT which has a number of very important fixes, I’m guessing it’s very likely to become a RC or Release quite soon.

You’re going to be way better off testing against that version than 5.3.4.77, which has some nasty problems.

The latest 5.3.6.20 SNAPSHOT is also quite stable and includes lots of additional improvements.

5.3.4.85-SNAPSHOT which has a number of very important fixes, I’m guessing it’s very likely to become a RC or Release quite soon.

@Zackster Actually, I asked internally this week about whether there would be another 5.3.4 release and was told no. It seems all efforts will be put into the soon-to-come 5.3.5 release. So unfortunately, it seems 5.3.4 will be left with some nasty regressions on it. Two of the biggest I’m aware of

This will basically make 5.3.4 unusable for anyone using ORM from what I can see. Personally, I would recommend LAS meges the ORM bug into 5.3.4 and doe one final release just so it’s not left hanging in such a state. (But no one listens to me

Have you considered pausing or slowing the release train at all, considering lots of people may be getting or already are ill ?

This will basically make 5.3.4 unusable for anyone using ORM from what I can see

Which specific bug is this? We’ve been running quite a few ORM apps on 5.3.4.85-SNAPSHOT in production for several days now and it’s been very stable.

(But no one listens to me 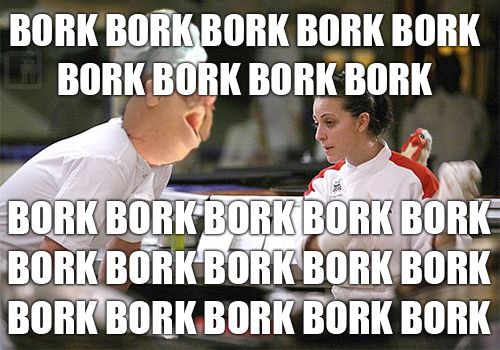 Have you considered pausing or slowing the release train at all, considering lots of people may be getting or already are ill ?

why? nobody is forcing anyone to update?