What is the difference between Stable and Snapshot Lucee versions?

What is the difference, if any, between Stable and Snapshot Lucee versions that have the same semantic version number?

nothing, except @micstriit builds release versions manually and not via github actions

If there is no difference, then that can be confusing. Lucee documentation says,

Therefore, according to the documentation,

When Lucee reaches a stable point and Micha wishes to make the last build be a “stable” build, he runs the build one final time for the stable release (without incrementing any build numbers, because no code has changed!) which results in a build artifact bearing the same version but without the -SNAPSHOT prerelease identifier.

This means that for every stable build, there will have been a snapshot build with the same code and version. This is just how the process works.

Thank you for your explanations. They only emphasize the point I wish to raise.

are the same then, for this particular case, the following Lucee documentation has a contradiction:

“can be unstable” vs a release marked stable, i think it’s pretty easy to comprehend

I think you’re being uneccessarily pedantic. Consider this equivalent series of statements.

These statements act as a filter generating a subset of the previous set. The first statement applies to all mushrooms that exist. The second statement creates a subset of the first set-- the mushrooms which have undergone a verification process, thus allowing us to apply specific characteristics to them-- namely being safe for human consumption.

Also note, these two observations are not being made at the same time! The first is applied the moment you spot an unknown mushroom. The second is made at a later point in time once testing has been performed on the same mushroom and that determination SUPERCEDES the previous “safe” assumptions.

The same is true of releases.

These are not contradictions. All versions start in the first bullet point and only a few versions are certified as described in the second bullet point.

To all what the others already said… This all is a standard workflow of building in CI . Many other software companies and architects follow the same versioning and naming convention (nightly builds/bleeding edge/snapshots, release candidates and stable releases).

For open source devs its always very clean to see the state of commit history of a software build simply by looking at the version. The version number is just a time pointer to the commit history. That way we can clearly see what have been deployed to those builds by just checking the offical issue tracker and the github commit history - no matter if its a RC, a snapshot or a stable release. The build time in development is stated by the one and only unique version number.

I undestand that this may be new to the ones not familiar to agile development and CI workflow.

However, I’ll add this information to the docs as a contribuition soon, so it gets clearer to everyone.

Please also see this so post from another software arquitect, who tells about his dev workflow that is quite similar in a bunch of CI workflows: 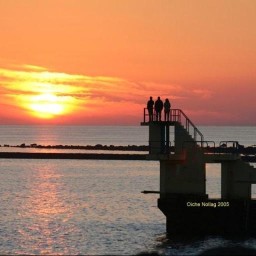 How are snapshot and release repositories used differently?

Your explanations make sense. Nevertheless, they only emphasize the possible contradiction in the Lucee documentation on Snapshots, namely:

“Snapshots … are NOT recommended for production environments.”

The examples I gave,

imply that a Snapshot version may be used in production. This is not mere pedantry. It is a contradiction of the emphatic “NOT” in the documentation.

It is not accidental that your explanations contain qualifying words such as “may”, “may not” and “potentially”. If a snapshot version may be used in production, then the phrase

“Snapshots … are NOT recommended for production environments.”

“Snapshots … may not be suitable for production environments.”

“Snapshots … may not be suitable for production environments.”

I’m not in favor of this wording, because it doesn’t tell when it is suitable and when it is NOT suitable for production. It will lead to more confusion and question posts here in the community forum about “how to identify a ‘stable’ snapshot suitable for production”. Snapshots are not meant for production, so please use the stable version because that is the recommended version…Just like @bdw429s already said… Just get the “mushroom” that has been carefully handpicked for you to be used in production.

If you really want to use a snapshot in production, please take a look at the commit history and reference it to the Lucee Devs working progress on the offical issue tracker, and you’ll know which snapshot is suitable for your production server.

Of course, I totally agree that right now the descriptions aren’t the best, and I’m sure it will be enhanced in future.

No problem. As long as the Lucee documentation is changed so that it is as clear as the mushroom example.

@BK_BK ,
I take onboard, everything you’re saying.
I am not a fan of the Lucee terminology / versioning, either.

I don’t, ever, like to use anything NOT marked as “release / stable / etc” for a production scenario.

That being said,
Lucee, “is what it is” and doing their best with the resources that they have, in a manner that suits the people, that do all the work.

If someone that JUST reads the docs, only - then using a “stable” release will “practically” always be the right way to go. If clarification is required - then just like you have - they can get in contact via the forums / github and get the best advice at the time of asking.

Personally I’d rather see a “hotfix” “tag” used for a bundle that comes after a “release”, to correct a bug only.
IMHO, that would solve a lot of the questions that come up here in the forums about Lucee versioning.

Lastly,
And please this isn’t an attack on you - I am guilty of exactly the same thing - but for anyone that might end up here via a google search…

Let us ALL not forget that Lucee is a “free to use” AND “open-source” software.
They do : do an awesome job of with their professionalism and support of their product.
But it is NOT a commercial entity.
(again - not “AT” you - just generally)

I think it is unfair to expect a “I paid 10k to use this - give me some support you’re like your personal
paycheck depends on it”, level of support from volunteers.

The Lucee team are, sincerely, VERY OPEN to code and documentation improvements.
A Pull Request is always graciously and gratefully received.

Personally I’d rather see a “hotfix” “tag” used for a bundle that comes after a “release”, to correct a bug only.
IMHO, that would solve a lot of the questions that come up here in the forums about Lucee versioning.

Good one! Hotfix would be great!

I agree - but it removes the “doubt / misunderstanding”
And if there is ever a lag in the “release” making it out the door - the intention, in my mind is muich clearer with “hotfix”.