In a ‘foo’ folder 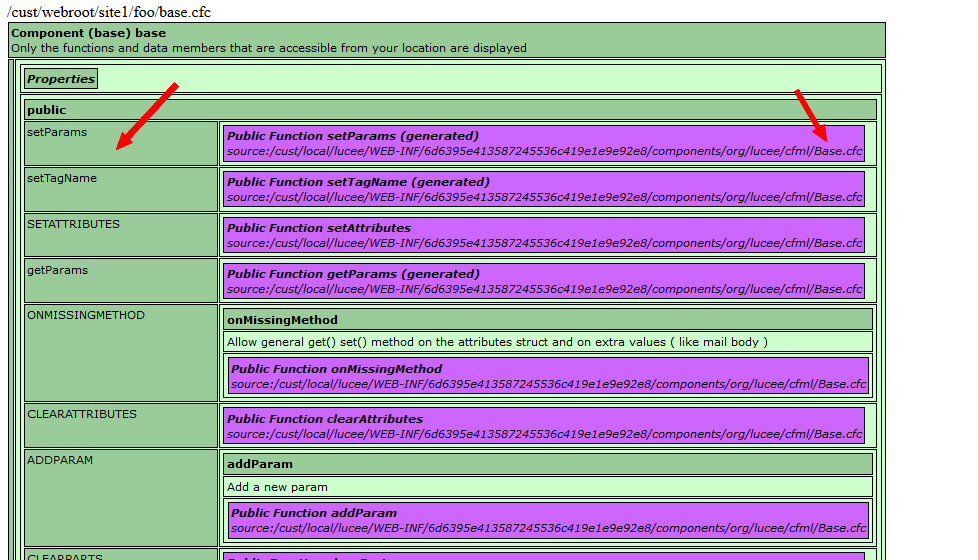 as you can see, the base.cfc is org.lucee.cfml.Base.cfc, NOT the one I have in the foo folder

However, if I just renamed that “base.cfc” to be something else, it works well. I see the same dump with “getFoo” method

I’ve tested in Ubuntu I couldn’t able to reproduce the issue. I 'm getting as expected

Thanks for trying. I know it is odd, I also can only re-produce it on one server.