It has already been noted that in upgrading MySQL Connector from version 5.1.38 to 6.0.5 you need to recreate all your datasources that used the old version. But that’s not what this post is about.

Apparently the new Connector driver renders the CFDBINFO tag useless. So I set up some tests to demonstrate the problem.

This is my code:

In both tests datasource mura1 is created in Lucee Web Administrator as a MySQL database that points to the mura database. 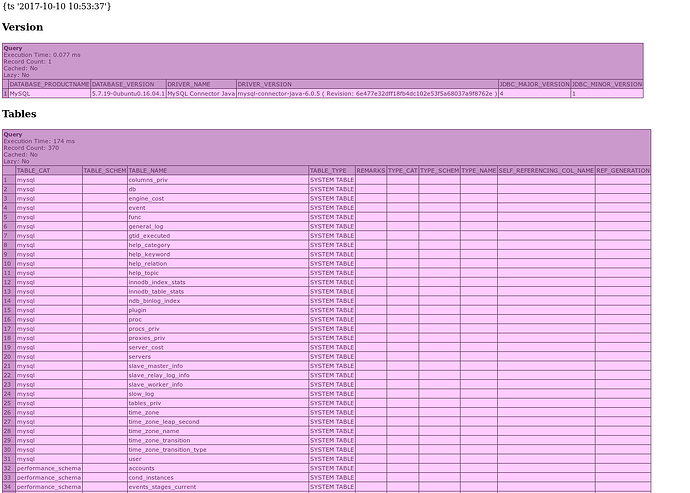 Test 1 shows what you might expect (hell I can only post one image). But in test 2 using the new driver I get table data from all databases that the db user has access to, not only the ones that the datasource points to. Furthermore using the new driver the ‘pattern’ attribute is mandatory because of the connection property “nullNamePatternMatchesAll” having its default value changed from true to false as of version 6 of the connector.

Providing a default value for pattern (e.g."%") is not so bad, but metadata being exposed of all databases is no good thing to say the least.

Anyone else noticed this strange behaviour? For now I downgraded to connector 5.1.38.

Thanks for your attention!
Richard

Here is the image belonging to test 1, showing the expected output (using the 5.1.38 driver) - i.e. only metadata from mura db. 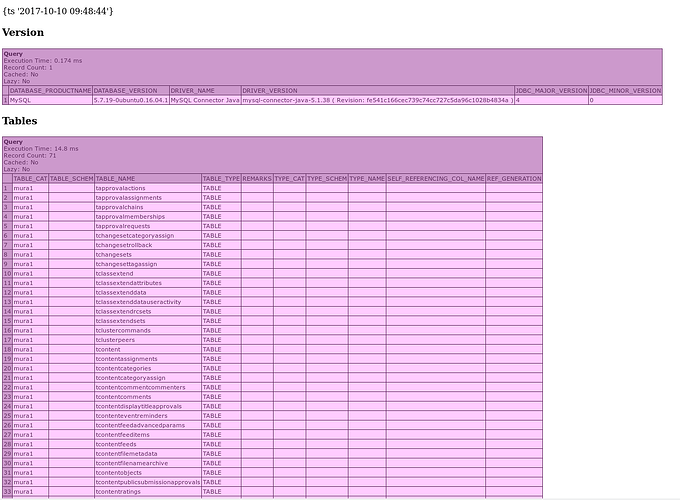 I’ve tested with above code & Confirmed the issue happened when upgrading mySQL Connector from version 5.1.38 to 6.0.5. If I’m points the mura database on mySQL 6.0.5 version, but it returns table data from all databases. In mySQL 5.1.38 version is working as expected. 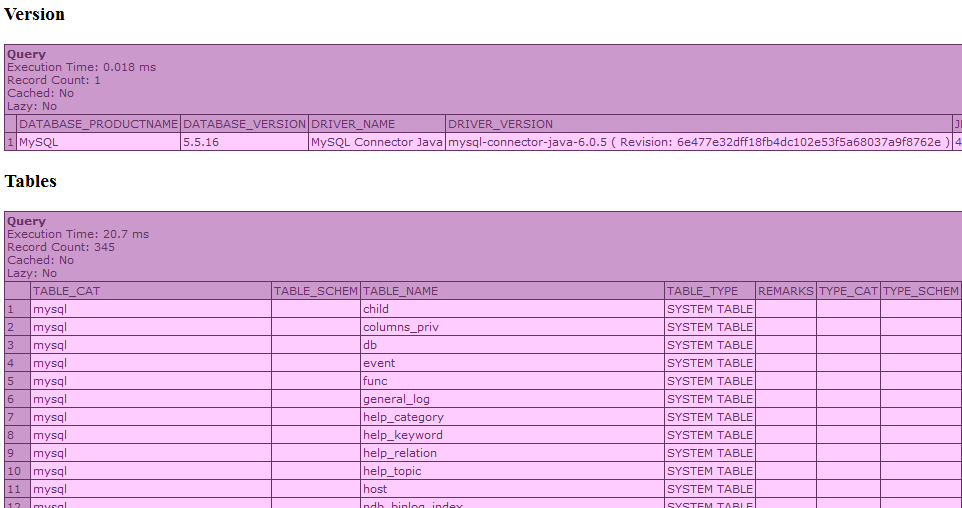 Hi both - thanks for your work on this - after a chat with Matt I agree rolling back the connector is the way to go for now. Somehow I still think this update-suggestion could have been a bit clearer from the Lucee Server side that the connector is still in development. Not quite sure how this was missed here.