LAS requires the acceptance of the LAS contributor license agreement (CLA) across all Lucee projects.

The LAS CLA is enforced through the GitHub Pull Request API; only PRs where all committers have digitally signed the CLA can be accepted.

Note, given the history of the code base it may be impossible to get the relevant intellectual copyrights on the entire code base. Nevertheless, we will put in place controls for the code base moving forward, and will reach out to early contributors to consolidate what rights we can.

The following clause has been removed:

All existing contributors will be requested to acknowledge and accept the change.

While the original clause was noble in its sentiment, it is impractical in practice. LAS now manages 50+ repos across a range of different open source licenses beyond LGPL v2.1, including MIT and Apache. The modified CLA can be applied universally and will allow LAS to redistribute any Lucee code base under a new open source license if such a change ever becomes relevant.

Note, Lucee Association Switzerland (LAS) is the not for profit custodian of the Lucee Server community. Our charter is the maintenance and development of a free and open Lucee Server platform. This CLA modification is intended to simplify the overall administration of Lucee projects, and nothing more.

LAS will begin to enforce a contributor license agreement (CLA) on all Lucee projects.

For ease of reference, I have included the CLA here:

The document below clarifies the terms under which You (the copyright owner or legal entity authorized by the copyright owner), may make “The Contributions” (software, bug fixes, configuration changes, documentation, or any other materials) to “The Work” (Lucee Server). This license protects You, “The Association” (Lucee Association Switzerland) and licensees; it does not change your rights to use your own contributions for any other purpose.

Please complete the following information about You and The Contributions, and press Submit to indicate your agreement to these terms. If you have questions about these terms, contact us at feedback@lucee.org.

How does it work?

The CLA bot works by forcing contributors to acknowledge (ie. digitally sign) the CLA before any commit can be accepted as part of a GitHub pull request (PR). The digital signature is as simple as logging in with your GitHub credentials and agreeing to the CLA.

Submitting a PR for the first time; ie. CLA not signed 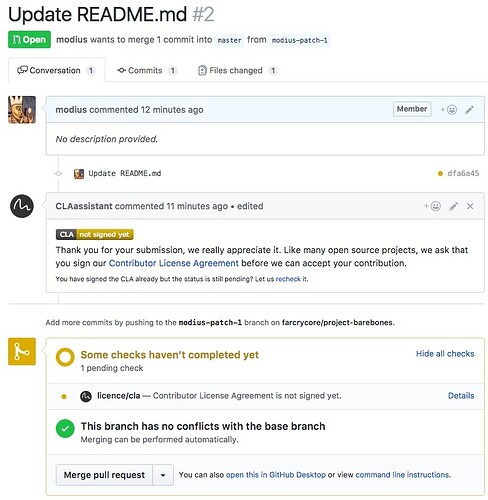 A PR where all committers have signed the CLA 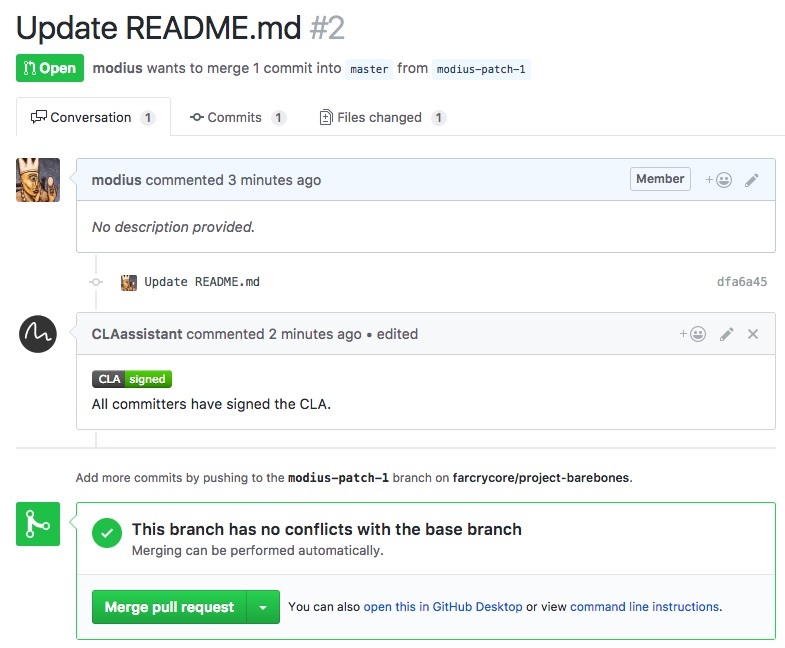 PS. for those interested in such things we are using the https://cla-assistant.io/ service provided by SAP

Is this for just the main lucee project or also the docs project?

Cool. You might have seen my pull request. I am guessing I already signed the contributiors agreement