Hello all, My company works with real estate agents across the U.S… I’ve been working on a feature that would allow me to add a new agent to our database using an asynchronous POST fetch. The function looks like this, in part.

“source” is a variable that contains a string to the cfc i’m sending the data to and newAgentForm contains the form information I’m sending. Through my console window I see that I’m sending the following: 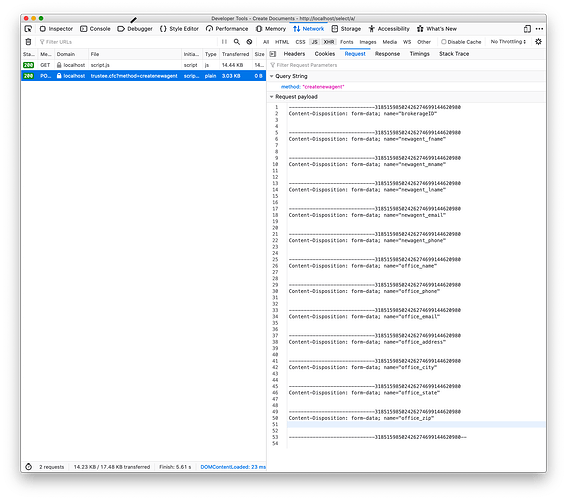 On the Lucee side of things I’ve a cfc that has a function that looks like this:

I’ve tried to catch the incoming data within the form scope but it’s not seeing it. In some of my first attemtps I just tried echoing back one of the form field values as in

I tried to return the built-in fieldnames variable (return form.fieldnames) but both former and the latter test returned something similar to this 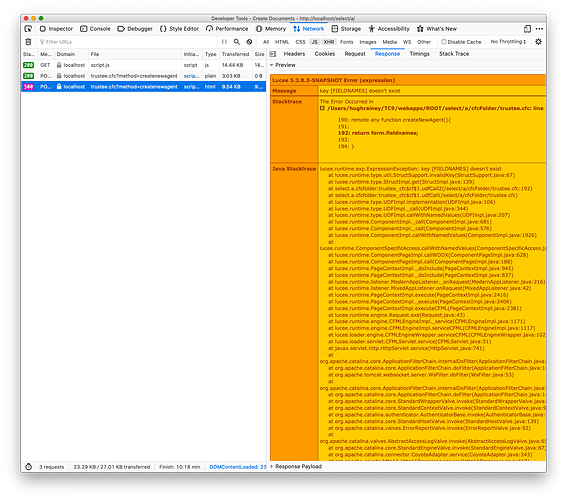 and I got this back 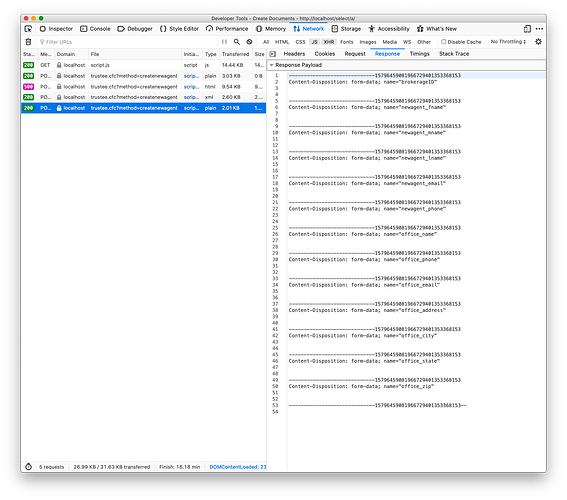 It looks like function is getting the data but it’s just not being put into the form scope. I’ve even tested the cgi.REQUEST_METHOD to make sure it was being sent via post and it was positive.

Does anyone have any ideas on how to make the two ends connect?

I’ve not tested it or used it any time recently, but I believe it will place it into the argument scope of the function, so maybe try:

and see what you get.

I would, however, recommend using something like the REST functionality of ColdBox or similar instead.

@andrew Thanks for the response. I tried out your suggestion, but no luck. The function isn’t receiving any arguments. I’m thinking I might just go with a standard form submission. Not as fun, but it’ll get the job done.