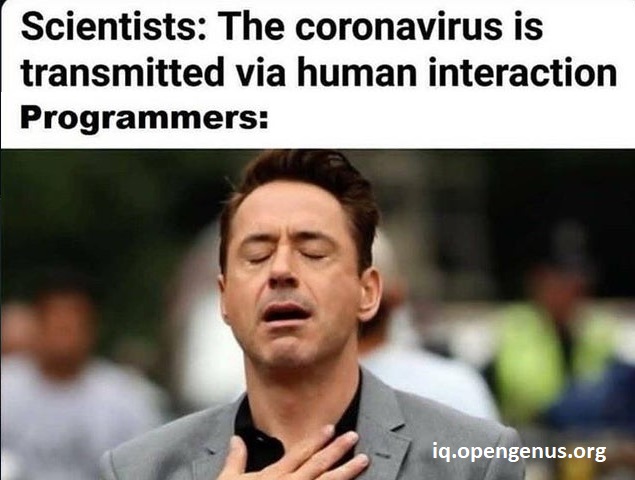 Hi Lucites! Couldn't resist a little humor to lighten the mood. (From everyone at LAS, we're hopeful that you and yours are faring well under the circumstances.) Our mood always gets a little boost from shipping Lucee, and today we're announcing the final release of 5.3.6 (5.3.6.61). There were 7 tickets addressed during the Release Candidate period:

Along with these post-RC fixes, and as part of our push to deliver better releases more often, the development team worked extra hard on reviewing reported regressions during this cycle. All told, we reviewed approximately 27 reported regressions, and a few of those were confirmed to be 5.3.6 regressions, and are part of the additional fixes in this final build of 5.3.6. Special thanks to @Zac_Spitzer for his contributions to the regression review process, along with the efforts of the core dev team (@micstriit, @isapir, and Mircea Botex).

Head on over the download site and give 5.3.6.61 a spin. Here’s the original list of tickets in the 5.3.6 RC. Next up, we’re about to finish the current RC sprint, which will produce 5.3.7-RC in about a week from today. Teaser: If you haven’t looked at pull requests recently, you may be pleasantly surprised. The dev team put in a herculean effort on PRs during this sprint.

More soon. Thanks for listening.

What’s the process like for getting these available on docker hub? I see the 5.3.6.61-SNAPSHOT but I’m guessing there should be a non-snapshot image for 5.3.6.61?

@dmurphy Using the CommandBox images from Ortus, 5.3.6 is already available as it auto publishes daily to ForgeBox

I saw a similar note in Slack and am intrigued, but posted a few questions on the commandbox vs Lucee ones. I’d love to hear your thoughts on it.

Wondering how long it generally takes @justincarter to update the Docker images as https://hub.docker.com/r/lucee/lucee/tags?page=1&name=5.3-ng seems to be two months old ?

What’s the process like for getting these available on docker hub? I see the 5.3.6.61-SNAPSHOT but I’m guessing there should be a non-snapshot image for 5.3.6.61?

Wondering how long it generally takes @justincarter to update the Docker images as https://hub.docker.com/r/lucee/lucee/tags?page=1&name=5.3-ng seems to be two months old ?

Releases are manual and I build them whenever I see an announcement or get pinged by someone, I’ll kick off a couple of builds in the morning (it’s midnight here at the moment).

Cheers !
Go get some sleep