This code works on my dev environment but not in the production environment. I am loading the cfc into the session scope, in case that matters. You can see from this dump that the CFC does have a function called “getQuestions” but the function that calls to it isn’t finding it.

I have check the server configs for both the dev and the prod server and they are the same so I am not sure why this is happening. Can anyone shed any light on this one?

Prod environment is a VM if that makes a difference. 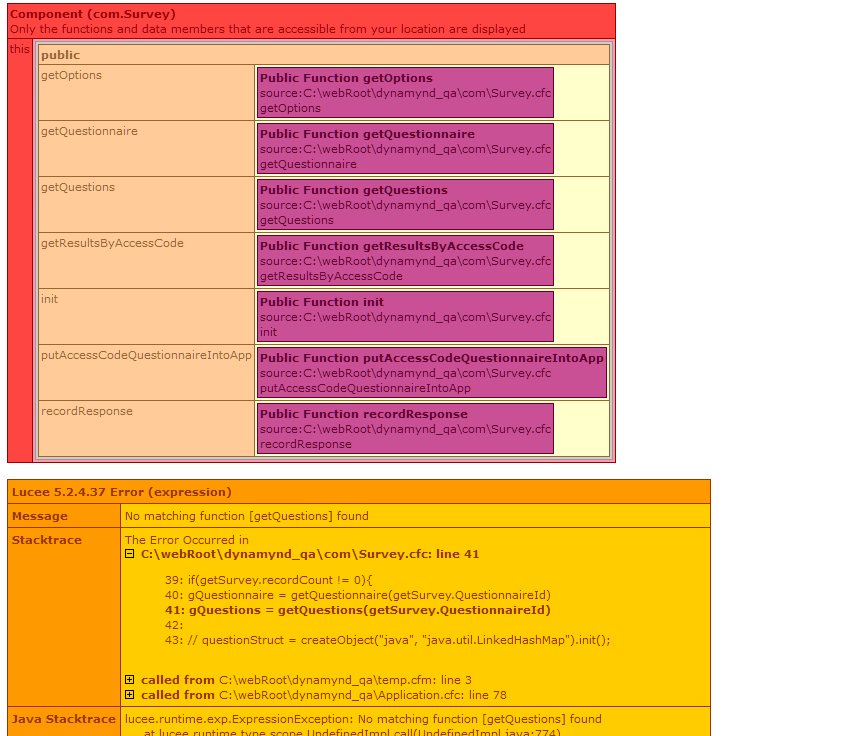 It would help to see the full component Survey.cfc just to put a second (third/fourth) set of eyes on it and see if there’s anything that stands out. If you can… post a gist of it here, redacted of anything sensitive, of course.

How that CFC is being called in test.cfm would also be useful in helping diagnose the issue. If there’s any dependency (within test.cfm or the Survey.cfc component) on Application.cfc, then a redacted version of that might also be handy.

Just not enough info to go on at this point to really be helpful, I’m afraid.