#TheSummerHeatIsWearingOnMyHumor Today we’re announcing two Lucee releases, not because your trusty Product Manager is any kind of software shipping magician, but instead because he failed to post an announcement about the 5.2.8.50 Release Candidate, which went live on July 16. All self-effacement aside, we did slow down a bit in terms of our development pace, mostly due to summer schedules and such.

First, backing up a bit, 5.2.8.50 went live on July 16. (Note: The automated installers just got added today.) No regressions following the Release Candidate period. Here’s the listing of tickets addressed for this release:

Next, for the July sprint that just wrapped up, and produced 5.2.9.29 (RC), we ended up having to push 10 incomplete tickets to the next sprint (September), but this was due not only to the summer slowdown I’ve mentioned (I promise I’ll stop complaining about summer schedules, just as soon as the temperature stops rising!

), but, also due to our re-prioritizing 8 other tickets, and adding them to the July sprint after it started. Many of these were urgent tickets for members, so as a reminder, membership has its benefits, as does sponsoring tickets (paid fixes).

Finally, it’s looking like we’ll be ready to move the 5.3 Beta (5.3.1.15) to Release Candidate status as soon as this month, but we will post an update about that later in August if we do. Take a peek at the original 5.3 beta release post, or, look for more recent posts about 5.3 as well. If we are able to get that out the door in August, then that will very likely mean the end of the 5.2 release cycle, meaning the next sprint in September will produce a 5.3 RC.

As always, holler with questions, whisper with criticisms, but by all means let us know your thoughts. Thanks so much listening, and for continuing to love Lucee!

Are there any plans to make 5.3 available as a snapshot upgrade via the server admin before it reaches RC?

Hey Zac. I don’t think we were planning to incorporate 5.3 into the admin that soon, but, I will double check. cc @micstriit

Both of these releases are up on ForgeBox and ready for you to spin up via CommandBox.

it would make initial testing of 5.3 much easier if we could simply update dev environments to 5.3 for testing.

I realize that the current update interface doesn’t easily accommodate this, perhaps there could be custom update provider url for anyone wanting to be a mine canary? 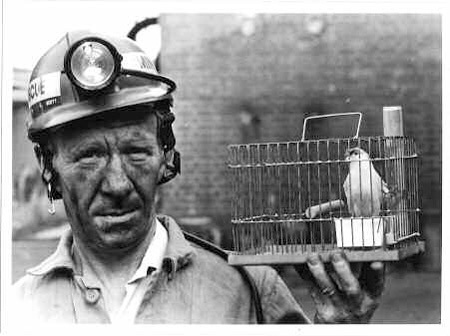 Good thoughts. Again, we’ll strike up some conversation about it internally. Stay tuned.

we will enable 5.3 for the admin and the download page asap (tomorrow).

Like I said, @Zackster, we’re planning to incorporate 5.3 into the admin very soon.

Thx for chiming in, @micstriit!

5.2.9.29 is actually ready for release, but we were holding it until the installers and marketing was ready. In the past, Micha has always released the jar and lco artifacts as soon as they were complete and 100% of the time people would come on and say, “Why aren’t there any installers??!!” so we’re waiting now until we can release it all at once

I’ll check on the status of that.

Hi all. As it happens, I just emerged from a dev meeting, and we’re ready to release today! I’m working on the announcement now, so keep an eye out for the post. Should be later today, or possibly tomorrow morning (if the U.S. team misses the team in Europe later today).

Hello again, Lucee-lings. (Yes, I’m still working hard to find an enduring nickname for Lucee netizens.) Even through the dog days of summer, when heat (is it really that hot, or is it perhaps an artifact of Lucee’s scorching release schedule the past 2 years?

) and summer vacation schedules are wreaking havoc with productivity, we’ve been very busy here at Lucee headquarters, working on the latest releases for our community. Today we’re announcing the end of Release Candidate status for …

Please note that Lucee 5.2.9.31 IS the final version of 5.2.9.29-RC. There were a couple extra commits to fix a small regression that bumped the last version number of the final release.

I upgraded to Lucee 5.2.9.31 and get an error that I did not get on the previous versions (it was written in 2004 and worked in all version of coldfusion, and lucee up to now…).
I did not reboot after upgrading (do you have to? I upgraded in the administrator). Any time I try to use COM I get an error: